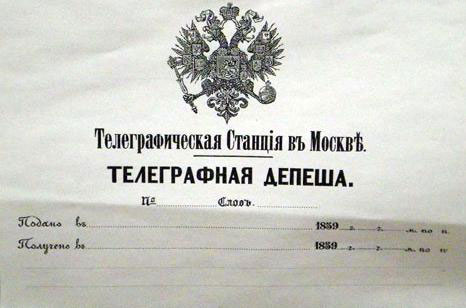 The word telegraph is derived from the Greek words graph, meaning “to write”, and tele meaning “distant.” It came into use toward in the 5th century BC thanks to two ancient Greek philosophers – Democritus and Cleoxen. They suggested to exchange messages using conventional signs – flags during the day and torches at night.

In fact, the term "telegraph" means any method of transmitting information over distance using certain signals.

Before people mastered electricity and radio, telegraphs were optical. This includes the archaic way of transmitting a message by a chain of sequentially lit bonfires and even Dutch mills whose wings were placed in a certain way. Of course, in this way it was possible to transmit only the simplest signals (like "Alarm! Alarm!").

People learned to transmit more specific information only in 1792 when the French mechanic Claude Chappe offered his optical (semaphore) telegraph. This telegraph was a chain of towers mounted at a certain distance from each other (such that they could be examined through a telescope). At the top of the towers there were moving rulers, by shifting them, it was possible to make different figures. Chappe chose 76 of the most prominent figures for letters, numbers, and punctuation. In the dark, the rulers’ borders were illuminated with lanterns.

Chappe sent the first semaphore "telegram" from Lille to Paris on September 1, 1794. The distance between cities (210 km) were beat in 3 hours. 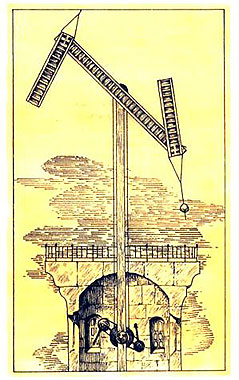 Later Chappe's semaphore telegraph was improved by his compatriot, Pierre Chateau. It was Chateau who built the first semaphore line in Russia in 1833, connecting Petersburg with Kronstadt. It is curious that the main telegraph station was arranged directly on the Winter Palace roof.

Already in 1839, Russia set up the longest semaphore line. It consisted of 149 tower stations and stretched for 1,200 km, connecting the capital of the empire with the Royal Castle in Warsaw.

Undoubtedly, the optical telegraph had many disadvantages – first of all, the low transmission speed which was further affected by bad weather. And the signs on the towers were often confused, making the telegraph a kind of "spoiled phone."

And then to rescue came the electricity ...

Many claim as the first to invent the electric telegraph. However, apparently, one of the pioneers was F. Salva who in 1795 extended telegraph wires between Madrid and Aranjuez. The system was very sophisticated and required that the number of wires corresponded to the number of letters in the alphabet. An electric charge passed through a certain wire, and at the other end the ball was attracted by a piece of paper with the desired letter.

As you see, such telegraph was not very convenient, and the following inventors decided that it was more efficient to transmit information using a code.

In 1837 Samuel Morse held a presentation in New York of his electric telegraph where the signals were transmitted by the means of a specific code on the wire. The project was financed by Stephen Vale, on one condition if Morse would take his son as a partner. Finally, the inventor received not only money, but also a talented colleague.

Although the conditional code would be called the Morse Code, it was Alfred Weil who came up with the idea of combining dots and dashes (in reality, a short sound signal and a long one) to transmit letters. For example, the famous "SOS" alarm in "Morse code" looked like "... --- ...". Moreover, the same Alfred Vale offered to replace the connecting rod with a simple and convenient telegraph key, with which telegraphists tapped their dots and dashes. 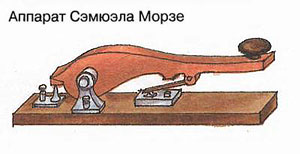 In May, 1844, Samuel Morse sent his first telegram text from Baltimore to Washington with the eloquent: " "What hath God wrought?".

Because of its size and simplicity, the Morse telegraph is gaining widespread popularity. And in 1858 a fantastic project was implemented – the first telegraph line between Europe and America was carried out. The cable was laid right through the depths of the Atlantic Ocean. This intercontinental telegraph cost 530 thousand km of copper wire waste!

However, the Morse apparatus had also its shortcomings. The main thing was that to send and read the "Morse code" messages could only specialists.

By the 1930s, this method was no longer in widespread use, but persisted in the naval service. I remember how back in the late 1980s, my classmate, who served in the communications troops, taught me for 3 days to understand dash-dot combinations with the help of so-called chants.

The Morse apparatus competed with a teletype - in other words, a direct-printing telegraph. But we will speak about it in the next article.