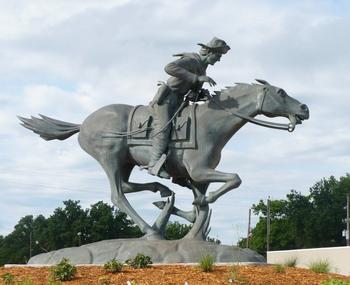 In the ancient times, the first couriers and postmen were certainly the messengers. Even today the courier should be fast and tough and needless to say that the past required much more indomitable endurance. Nevertheless, it was not enough.

For a long time, the profession of messenger has been considered as one of the riskiest. Dissatisfied with the message, the addressee could easily wreak his anger on the postman – execute or cripple. Moreover, on the way a lonely messenger could be attacked by the hostile soldiers, robbers or wild animals. There is a known story when an African postman was rushed by lion. The man managed to climb a tree, but the carrier bag was torn by the predator. Because of this some of the letters required an exculpatory mark: “Damaged by the lion’s teeth”. 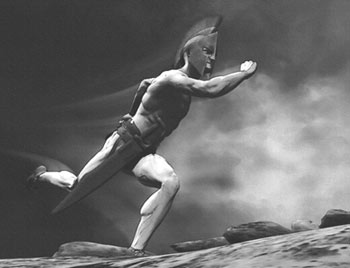 The difficulties in courier work were well-known yet in ancient Egypt. That is why, the parents often answered on the children’s question “What should I do?” you could do whatever you want, but not to be a postman. It was the usual thing when the Egyptian courier was going to the foreign land, he made a will, for sure.

However, the superiors could hardly spoil the messengers. Of course, the good service might be honored. But the delay in delivery caused a mandatory penalty. For example, the Inca Indians could take careless messenger’s legs, and during the rule of the English King Edward II (XIV century) the urgent letters were marked by a note “Hurry up, herald, hurry up!”, and to motivate they drew the gallows.

From the letter of the Novgorod voivode to the boyar Urusov (1684):


"We have sent our Great Majesties’ letter, and it was ordered to punish the coachmen who slowly and falsely drag with the post, to beat cruelly by sticks, and starting from now on to make them restless run from pit to pit with the mail all day and night long… …the postmen are stubborn and sleep at night".

Despite the fact that the courier occupation itself contained lots of heroism, there were real heroes.
The most famous among them is considered the Greek messenger Pheidippides from the 5th century B.C. After the Battle of Marathon when the Greeks knocked the superior Persian army to pieces. Pheidippides was a great joy-bringer to Athens. Unfortunately, it ended tragically – once reached out the place, he was able to exclaim “Rejoice! We won!” and fell dead because of burnout. Nowadays a lot of people are surprised: since the sportsmen run the same Marathon distance (42 km 195 m), and nobody dies. At the same time, they forget that the messenger was running equipped in armor and after the exhausting battle. 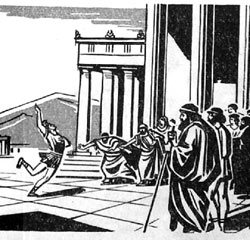 It is interesting that at the first new-born Olympic Games in 1896, the Marathon distance was taken by the Greek, and namely by the postman – Spyros Luis.

By the way, the grand historians think that the story about the Marathon runner is a myth which was retroactively fabricated thanks to Plutarch. The more reliable Herodotus’ tail is about another Pheidippides who ran from Athens to Sparta to get military aid. In a day, if to believe to the ancient Greek historian, he managed to cover the distance of 250 km.

There is a similar character in Switzerland. In 1444 one of the Basel courier, being in Strasburg, learned that the German Emperor FriedrichI III was going to attack Switzerland. According to the legend, the courier galloped 200 km in one day and alerted compatriots. True, as with the Marathon runner, his heart collapsed, and he died. On the other hand, the fatherland was saved.

The same dangerous was the courier delivery service in the Wild West. In 1860 American newspapers published an advertisement: “Desperate guys wanted, not younger than 18 years old, excellent riders, perfect riflemen, always ready to risk their lives”. The recruitment was for just-founded company “Pony Express.”

The company’s idea was adventurous and bold – to establish fast courier delivery between the East and West coasts of the USA. It was assumed that the rider had to overcome the way of 3 thousand km in 10 days. In order to manage this, the path across the continent was built up with about 120 stations where they could change the horses. The courier had to race almost without the rest. His equipment looked like in Westerns – a hunting knife, two revolvers and a saddle bag with big pockets for the post. The pockets were locked and the courier did not have the key. One key was stored at the place of departure and a copy was at the point of delivery. 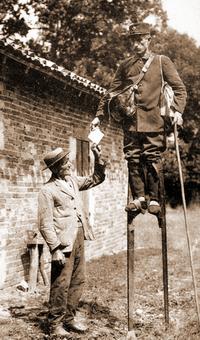 Despite the precautions, the high-cost of operations and robberies fast bankrupted “Pony-express”. But the motto – “The mail must be delivered at all times” – would become a credo of all responsible postal and courier services for a long time.

A lot of heroic stories to the history of postal delivery were contributed by the USSR postmen. Let us recall, for instance, the poem by Vladimir Mayakovsky “Comrade Nette, steamer and man”, dedicated to the tragic death of the soviet diplomatic courier. On February 5, 1926, Theodor Nette was carrying the diplomatic mail together with his comrades on the “Moskov-Riga” train when he was attacked by 4 armed saboteurs. There was a shoot-out. They saved the mail, however, the postman died on the spot because of injuries. Well, during The Great Patriotic War the couriers and postmen were forced to deliver letter under bullets¬ ¬– directly to the front line.

In peacetime the postmen experience difficulties, though. Especially when correspondence has to be delivered to hard-to-reach places. Formerly, some postmen had to walk on stills due to lack of roads.

In Zakarpattia region (Ukraine) the grateful residents of Perechyn city set up a monument to the local postman Fedor Faketa who after 30 years of the perfect service at the postal office died, fallen through the ice of the river. Probably, it is the only monument to the postman in the world. 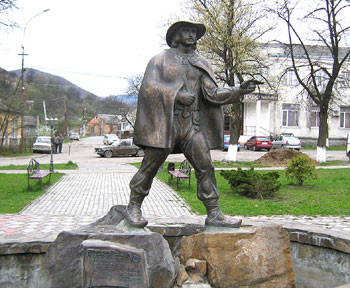 A happier, but not less dramatic story happened with the Finnish postman Oiva Lahti who delivered mail to the Aland Islands by boat. In 1977 the postman rubbed into severe storm, his boat sank and he, like Robinson, found himself on a small uninhabited island. Indeed, Robinson was more fortunate with the climate, but Oiva was so much cold that, when he was found, his body temperature was only 27 degrees.

Sometimes the sense of responsibility runs up to excess. In 1960 the British postman is known to kill himself, failed to carry the post on time. Whether it is fortune or misfortune, but not all postmen are so conscientious.