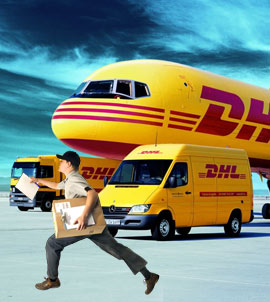 The modern means of communication (phone, fax, internet) have failed to completely replace from our lives neither regular post nor courier delivery. There are several reasons for this.

Firstly, “teleportation” has not been invented yet, so material objects have to be delivered in the old way by the postmen and couriers. This refers even to documents if a wet stamp and a real signature are required.

Secondly, not every spot on the globe has mobile and Internet connection. For example, in India there are so called “tapali” - couriers-walkers capable of delivering correspondence to hard-to-reach places like the jungle that still work today.

It is the courier delivery that now is considered the safest and fastest - especially, when it is going about important (even secret) letters or cargos. The risk that your delivery will be lost or damaged is minimized here.

Couriers practice an individual approach - from hand to hand. This means that the sender and addressee do not need to go to the post office, thus they save their time and effort.

In addition, all stages of courier delivery are monitored with the help of officials’ signatures. When the goods have been delivered, the courier informs the employees of his company, and the company in its turn notifies the customer about the delivery, indicating the name of the recipient, as well as the time and place.

Moreover, the courier services usually operate without days off and breaks. Some of them can make not only one-time delivery, but also regular one: for instance, the press or mail.

The courier service itself appeared a long time ago. Let's take a look at the history of a special service - "express delivery". This service is believed to be first introduced in 1907 by the American company UPS. The range of ordered goods was the most diverse - from traditional letters and cargos to flowers and restaurant food. At first, the company used foot couriers and drove at short distances. However, in 1911 UPS was one of the first courier services that bought 4 own cars and 5 motorcycles.

In 1946 the idea of express delivery was grasped and improved by the Australian company TNT. Its name has nothing common with trinitrotoluene (in other words, dynamite), but stands for Thomas Nationwide Transport. Actually, Ken Thomas founded it. What a wonder, but the first delivered cargo was ... a batch of toilets. However, soon the company started to provide express delivery services throughout Australia. It was TNT who introduced addressee’s delivery confirmation by signing a special receipt. Today the former Australian company transformed into a multinational corporation and is already managed from Amsterdam.

And in 1969, three Americans - Delsi, Hillblom and Lannes - decided to bring this service to the world market. They formed DHL, named after their initials, and started to use the planes. At first, the company delivered only courier mail between San Francisco and Honolulu. The efficiency and reliability of the shipments were so high that DHL opened the branches around the world at the speed of light. In 1983-84 the first of these international companies served the USSR, Eastern Europe, China, North Korea, Vietnam, as well as Iraq and Iran. Now, DHL operates in more than two hundred countries throughout the world.

The next page in the history of express delivery was written by the American Fred Smith who established the courier company Federal Express in 1971 (since 1994, FedEx). Earlier the planes picked up goods at the time convenient for passengers and usually delivered them at night. Smith's "trick" was that he created his own special aviation, completely suitable for the shipment of goods. Such planes flew when the company needed it all day and night long. Furthermore, Smith combined air courier and ground transport - now they started to work faster and better. As a result, the cargo did not need to be kept in the warehouse at night, and the addressee received delivery in the morning - as they say, in the heat of the heat.

In addition to speed, an important feature of express delivery is that the customer can monitor the route of the goods. Moreover, not every cargo (hazardous or non-standard) will be accepted by regular post. And finally, prestigious courier services usually guarantee a refund in case of delay, as well as insure the shipment. Naturally, the personal responsibility for delivery from couriers is much higher than that of numerous employees of a complex postal system.